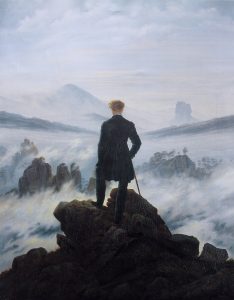 This post is based on a working paper, « Jan Tinbergen’s early contribution to macrodynamics (1932-1936): Multiple equilibria, complete collapse and the Great depression ». All comments welcome.

Jan Tinbergen is mostly remembered today for his pioneering work in building the first macroeconometric models during the second half of the 1930s, when he was working for the League of Nations. It was mainly for this work that Tinbergen was awarded the first “Nobel Prize” in economics shared with Ragnar Frisch.

In this paper, we argue that the success of this line of research has occulted the incredibly versatile works of Tinbergen, who, in articles published in German, Dutch, and even French in the early 1930s, explored remarkable ideas that were based on a specific treatment of unstable processes and multiple equilibria. At that time, Tinbergen was part of a small group of mathematical economists who, in the aftermath of the 1929 crash and during the early years of the depression, united around a common goal of building “macrodynamic” models with the aim to reflect on what keep the economy moving and the policies likely to impact it. The discussions took place within the Econometric Society (created in 1931) and its journal Econometrica (created in 1933).

Tinbergen saw his first models, with reference to Fisher’s 1933 classic Econometrica paper on the debt-deflation, as a way to interpret the potential of a crisis to trigger the collapse of the economy. At the end of the day, it turns out that Tinbergen managed to reach new insights which, strikingly, remain almost totally ignored in most history of macroeconomics and econometrics.

The model presented in the following application can be found in several papers written by Tinbergen in the early 1930s. The core of the model is based on the following nonlinear difference equation:

Where the left hand side represents the supply, while the right hand side the total demand divided by prices to obtained the “purchasing power”. The first occurrence of this equation was in 1934, in an article written in German and published in the Zeitschrift für Nationalökonomie. But at the time, Tinbergen had not fully worked out the behavior of the full nonlinear model, although he had perceived with numerical examples and some excitement that something strange happened when shocks were too large.

Two years later, he published in another paper written in German a much more detailed exploration of this equation, where

is a simple function of

with a lag corresponding to half the production lag

. Tinbergen showed that there existed in general two position of equilibrium, and that it was always the bottom one that was unstable, so that if the economy was fluctuating around the high equilibrium, an external shock of too great a magnitude could cause it to go over the unstable equilibrium, and “into the abyss” as he wrote somewhat poetically. This behavior is easily reproduced in the following application, where an increase in

, the initial condition on prices in period 1, will eventually lead the economy to exceed the unstable equilibrium and plunge toward a zero level (supposed here to be a limit to the evolution of prices)

This model was used by Tinbergen for several purpose, and notably to illustrate the effects and objectives of different economic policy. For instance, in a 1935 paper written in French, the model is used to explore the effect of a change in wages at different moment of the cycle. In his diagrams, it is easily seen that changes at inopportune times may lead to the same collapse produced above. More importantly, this exploration of the dangers of multiple equilibria pushed him toward structural economic policies aimed at strengthening the economy against the effects of shocks, either by increasing the distance between equilibria or by decreasing the cumulative effect of shocks, i.e., by increasing the damping of the propagation mechanism.

Nota: The translation of the original German articles is available on-demand from the authors. See the authors page for contact information