This post is based on parts of a working paper accessible here. All comments are welcomed. 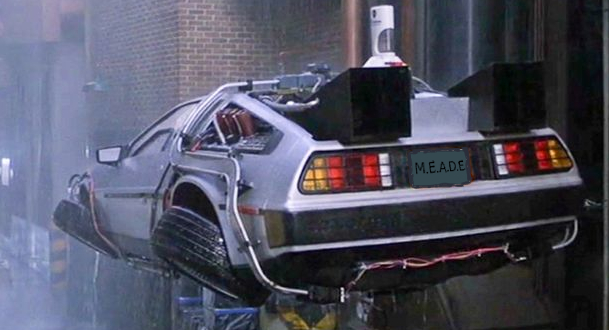 In a recent issue of the Oxford Review of Economic Policy, David Vines and Samuel Willis make a strong case for Rebuilding Macroconomic Theory on a new basis, going as far as calling for a new paradigm summed up by the acronym Multiple-Equilibrium And DiversE (M.E.A.D.E.). Anxious to demonstrate that such a shift is possible to achieve, they show that important evolutions already occured in the past even if it was always in favour of linear and unique equilibrium models. In the detour through history that they provide, they draw attention to five models. It starts with the IS/LM model, then goes to Samuelson’s neoclassical synthesis (Samuelson, 1955); the Solow–Swan and Ramsey models of economic growth (Solow, 1956; Swan, 1956; Ramsey, 1928), the real business cycle (RBC) model of Kydland and Prescott, 1982); and ends with the Taylor and Clarida, Galí, and Gertler (CGG) models of stabilization policy (Taylor, 1993: Clarida et al., 1999).

In opting for the acronym of M.E.A.D.E, the authors wanted to pay tribute to Nobel Laureate James Meade, who worked with Keynes in the 1930s and 1940s and who was the mentor at the University of Cambridge in the 1970s and 1980s of one of the two editors of the journal issue but the fact that they use Meade as a precursor is a little strange. As they noted, Meade was important in the development of the IS-LM model but also in the development of Samuelson’s analysis of stability and comparative statics which both structured early developments of macroeconomics. Most importantly, almost exactly at the same time, a point that the authors failed this time to point out, another Nobel Laureate, Jan Tinbergen, had developed models with multiple equilibria. This point is important because it shows that an important lesson of the history of macroeconomics is that models with a unique and stable equilibrium took hold even though alternatives existed. This is true for the early development of macroeconomics in the 1930s-1940s but also for the development of growth models in the 1950s or even with the development of real business cycles in the 1970s. It is all the more striking that Tinbergen met Meade at the sixth European meeting of the Econometric Society in Oxford in 1936 and they discussed precisely the problems raised by dynamical analysis. In an irony of history, Meade met in the person of Tinbergen a supporter of what Vines and Willis called the M.E.A.D.E. paradigm.

It is well known that Tinbergen built and estimated large models that culminated in the publication of his two volume studies for the League of Nations (Tinbergen, 1939a,b). But this obscured the fact that at the same time, Tinbergen had at various occasions developed models displaying multiple equilibria. In earlier posts (see in particular here), we presented his first attempts. Here, we want to pay attention to the model he built with the aim to examine Keynesian ideas and in particular the working of the multiplier, which he developed in a 1937 paper published in the Weltwirtschaftliches Archiv (Tinbergen, 1937). From a policy perspective, the interest of this paper lies in the light it casted on the possibility of “pump-priming,” which was a subject of important debates in the United States at the same time.

The central equation of Tinbergen’s model is the equation for profits (we have replaced in this equation and the following Tinbergen’s parameters’ values by letters which correspond to the “sensitivity parameters” of the application below):

is “the value of all consumer goods”,

the overall real wage bill, and

is the amount of employment in the investment sector, which is determined by the profits in the previous period:

While very simple, this equation is important because in this model, economic policy acts directly through “job creation” (1937: 39) via an exogenous and temporary increase in

. In the profit equation, we see that

is even more important than

: this is the effect of the production lag of investment goods. Tinbergen added an equilibrium condition relating the value of consumer goods and wages with profits expenditures:

This (static) equation is an equilibrium condition that means that all wages are spent in consumption.

is a consumption function for “non-workers,” that explains how non-invested profits are spent. The form on the right makes apparent that we can replace this in the profit equation, and we see immediately that profits depend now positively on the consumption of capitalists, as well as on investment and speculation. Only one more equation, for

, is required to close the system. Tinbergen specified several forms for this equation, and the last one is the nonlinear form used in the application below:

In the application below, the parameters are set to Tinbergen’s initial values. Note that the model can quickly become unstable when the shock size increase or with a small change in parameters. While for small shocks the model converges to the high or low equilibria, it is interesting to note that for relatively larger shocks (that still remain quite low), the model fluctuates with explosive amplitude around the three equilibria. This property, that was not seen by Tinbergen, will be discussed in a later post.

, which is the influence of speculation; this also means that at an equilibrium position, speculation has no influence on the movement of the economy.